Worked much better than I thought!

On a random day, I took unpleasantly discovered new holes in my lawn. Some the size of golf balls and some slightly larger. This was alarming, and prompted me to quickly find out what’s causing them. To find out, they were voles which are also known as field mice. 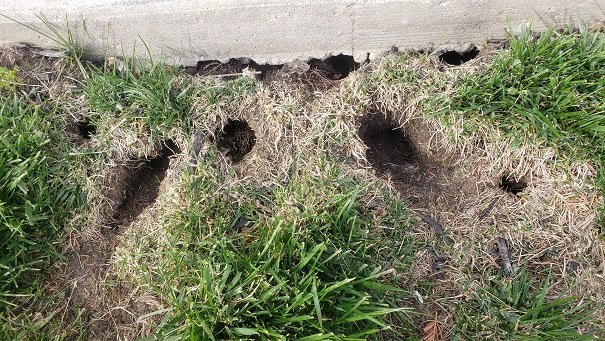 Once your lawn conditions gets to this point, you’re dealing with a colony of them and not just one or two!

Voles also known, as field mice are not physically dangerous to humans, but can spread disease through their urine and feces and introduce parasites onto your property. Voles will damage your lawns, fruit trees, landscaping, and crops. They also eat roots and barks of trees. They will grow up to 9 inches, and a colony can include 2 adults, several young voles and up to 5 newborn voles. The colony may cover up to 100 feet diameter.

WARNING: There are graphic images further down, please be mindful of this as you continue reading.

After searching online, I found rat traps that could be also used for other rodents. It received great ratings and for the price, it was worth a shot. I did not have any expectation but to see if it’ll be able to catch any of the voles (or possible other rodent).

It was between a cage that would keep them alive, glue or traps such as the one I ended up with. My thought was the cage would be difficult to keep up with if it’s a large colony and I’d have to catch them 1-by-1 and the glue would be my next alternative should the traps not work.  Exterminators were my last option since they were charging upward in the $600-700 range. But was not out of the question, depending on how well we’re able to control the situation.

Also, we did not want to present any harmful poison or chemicals onto our property since we have young children and pets running around.

After three days, I received the rat traps from Amazon in a private white plastic envelope. Nothing out of the ordinary here.

This is one thing I was a bit surprised about is the rat traps were made of plastic, and not steel. The photos to me, at least, looked like they were made of metal. It’s partly my fault for not paying closer attention to the comments left by others. At the time of writing this review, I don’t see any details that indicated this was a plastic trap in the product description. Only the springs were made of steel.

Either way, the plastic was solid and the clamps are constructed pretty well and the trigger is extremely sensitive for instant kill.The rat traps were light in general and you have to be careful placing them down.

Setting up the rat trap was very easy. Simply press down on the clamp and make sure it clicks into its slot. Then place the trap wherever you want.

To add bait, you hold the clamp in place and lightly sprinkle or place the bait in the bait cup. You can choose to do this or add bait with the rat trap on the ground. Just be careful since the rat trap will snap if the bait hits the trigger. 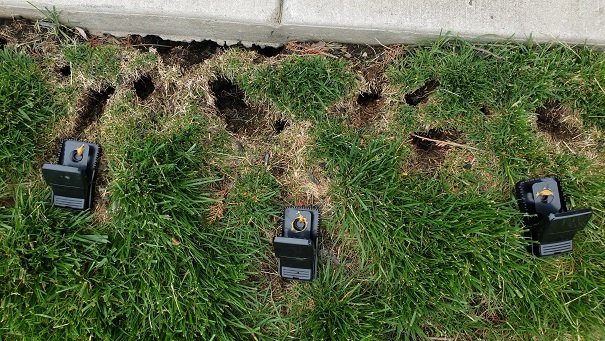 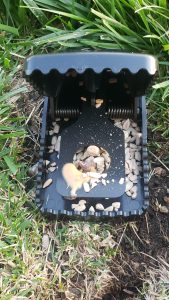 I’ve spread peanut butter on the trigger and had very little success. Having left over bird seeds from last spring, I sprinkled them in the trap and that did the trick! Depending on what you’re baiting, will determine your success factor.

After the first night, we had no success with just peanut butter. With some bird seeds, which is a mixture of fruits and other nuts, we had a very high success rate. It took one night, and woke up to all the traps having caught one.

For the next month, we have not since seen a single vole or new hole in the ground. 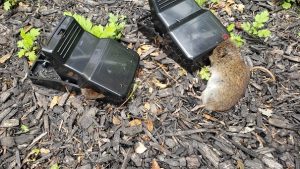 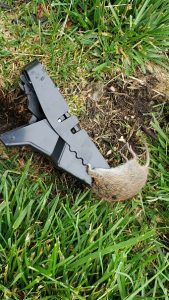 If you are looking for baits....

I would recommend something that isn’t expensive, like what I used.

This is a rat trap that really works! No doubt. One of the best feature about it is how simple it is to dispose the rodent once caught. It is reusable which is cost effective and simple to setup. 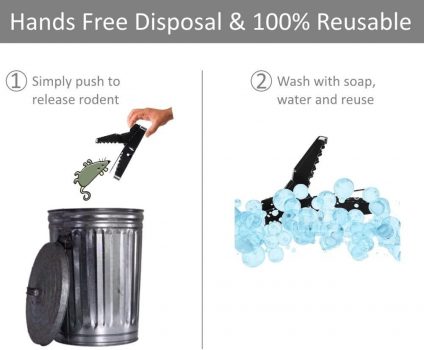 If you’re looking for an effective rat trap that works, you should consider this one and with the right bait, it makes it that much easier!

2020: Intex vs Bestway Swimming Pools – which is better?

Animal Crossing (SWITCH) – ALL YOU NEED TO KNOW!

© Copyright 2018-2020 THATGUYREVIEWS.COM
Reach Out to That Guy! Opens in a new tab
Close Menu
Not a member?
Sign up
Already a member?
Sign in
Back to
Login
×
Close Panel