The Century BOB Training Heavy Bag Review is one of the most popular training bags in the market today! We’ll go into detail and review the Century BOB XL Training Bag, which is the larger version below.

Get realistic training with BOB, the Body Opponent Bag. BOB XL has a longer torso than the original BOB, giving you more striking surface for body shots and kicks. Base fills with water or sand and is rounded for easy relocation. Features height adjustments from 60 inches to 82 inches tall. Approximately 270 lbs. with base filled with water. One year limited warranty. Mannequin – 40″ x 15.5″ x 10.5″ Base – 24″ Diameter x 19.5″ Tall Approx. 270 lbs. when filled with water One-year warranty on all BOB training mannequins.

I have purchased the Century Bob XL Body Opponent Bag about five months ago and it’s one of the best equipment I’ve ever owned. While it’s on the pricier side of things, it’s definitely worth it. Though, I was skeptical at first, Century BOB Body Opponent Bag did not appeal to me. At the same time, I was surprised to see there were many positive reviews online and similarily heard great things from my co-workers and friends which finally caught my attention.

Before plunking down my hard earn cash, I could not do so without seeing it in person. Therefore, I spent time driving to a local Dicks Sporting Good store during lunch and was able to see the smaller version on the floor. Next, I was able to throw a couple of punches and elbows. It seemed pretty solid and I liked the visual of a human in front of me. Unfortunately, Dicks Sporting Goods did not carry the XL version and was only available for online purchase. After shopping around, I found Amazon to be the best option for me since it offered free shipping and had the same price as Dick’s. As a result, that is where I ended up buying the Century Bob XL Heavy Bag.

To compare, I have owned other heavy bags in the past from the traditional hanging ceiling boxing bags, to the MMA bags including the popular Century Wavemaster XXL Training bag. Most importantly, I have been able to incorporate MMA/Boxing training into my workout regimen which makes the Century Bob a great addition!

The Century Bob XL arrived in two large boxes, which one contained the base and the other box was the Bob XL Heavy Bag. Next, the box arrived in good condition and was fairly light considering the size. While one average person can move the boxes,  having two people makes it easier and this is true for getting through tight spaces when going into the house.

The instruction and setup was very simple, it’s basically two pieces that is including the Bob Heavy bag, which you’ll place over the base and adjust it to the height desired. In addition, the most tedious and messy part is filling the plastic base with some weight. For instance, folks tend to go with water, while others prefer sand or even gravel. Either way, you’ll likely end up with spillage.

After much research, I have chosen sand since it provides more weight in comparison to water, which would often leak out of the cap. One general rule of thumb is to make sure the sand is dry, or consequently, you’ll spend more time trying to fill the base. 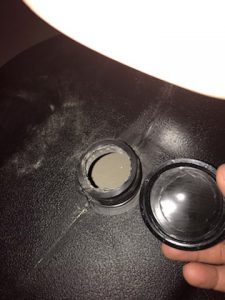 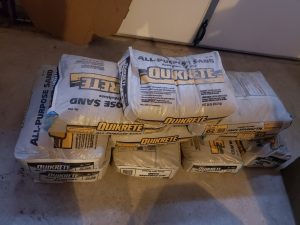 It’s best to choose a funnel strainer that can prevent sand (or water) from spilling all over the floor. Next, I was able to store up to six of the 50lbs Sandbags (max up to 270lbs of sand/or water). This took me nearly 45 minutes to an hour to fill up the based alone. Therefore, I would recommend getting a large funnel strainer to speed things up. 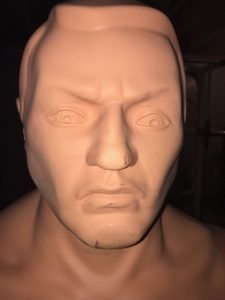 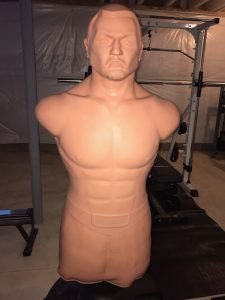 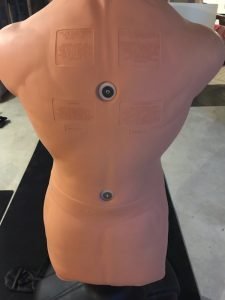 The quality was impressive since it too a decent about of abuse with no problem. I was able to practice martial arts and boxing moves pretty without any issue. The one upside from the Bob compared to a traditional boxing bag is you can actually do uppercuts and the feedback from the bag feels pretty good to hit. Unlike the traditional boxing bag, you do not have it swinging towards you so are not hitting against a moving target/or incoming force. To my surprise, I would much prefer this equipment over the traditional boxing bag. Obviously, they both have their pros and cons.


Here’s a quick look at some pros/cons of the Century BOB XL:

There are other Bob Heavy bag versions made by Century such as the base version (without the trunks) and Bob the Bully for kids. Specifically, we ended up with the XL version since we wanted to get as close as possible to an actual human training doll with as little limitations as possible. The one benefit the XL version offers is the ability to practice leg kicks since BOB is larger. Consequently, it took some serious effort to knock Bob off it’s base, and couldn’t really do it without a push. I think one enhancement for future versions would to include arms as optional attachments. This will allow those with interests of practicing grappling and breaking moves involving arms.

All in all, I am satisfied with my purchase and would not hesitate to recommend this to anyone who is either looking for a great workout or serious in training for combative sports.

Here is the smaller version

Bobby the Bully for Kids to train on

Other Products to Consider