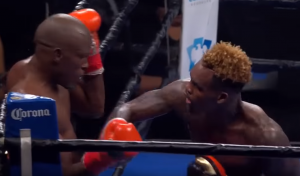 I actually caught the reply of the fight and was interested to see whether if this was really a robbery as some had claim. There was no doubt that Harrison put up a good fight, mainly on jabs, but he was able to make Charlo miss a whole lot which allowed him to survive the bombs Charlo was throwing.

After watching the fight, I actually Charlo winning 7 rounds to 5 rounds and in some cases, I could have seen a draw because it was really close.

However, given that Charlo was the aggressor the whole night and defending champion, they should have rightfully awarded Charlo the win.

Based on the CompuBox Punch Stats, it was very clear that Harrison was the more accurate puncher. Even though Charlo landed more power punches, neither fighter had any devastating blows. The only way to explain it is that judges clearly favored accuracy over volume in this case. 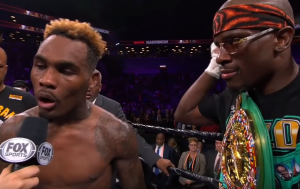 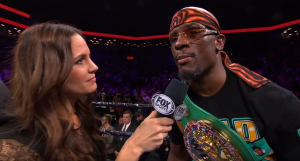 After the fight, Charlo made things really interesting by reacting out of emotions. Harrison immediately offered the rematch and it’s likely Charlo will take him up on that offer to redeem himself.

Peat moss got in my eye!