It was Manny Pacquiao’s first fight in the US in two years. There was a lot of anticipation leading up to this fight – Broner (33-4-1) and Pacquiao (61-7-2). There were questions around if Pacquiao was still among the elite since he is now 40 years old and if Broner could capitalize on the opportunity. Broner in the past had issues with staying focus with his problems outside the ring. Based on both fighter’s released training camp clips on YouTube, it appeared both fighters were in tip top shape and Broner was more focused than ever which will be a very dangerous fight for Pacquiao.

Pacquiao came out the gates more aggressive than we’ve seen him in recent fights and the biggest advantage which his volume punching. I guess that was the expectations since he’s openly stated that he wanted to knockout Adrien Broner. Broner managed to hold Pacquiao off to pocket shots and missed flurries up until the 4th round. That’s when the tides were turning and Broner had to try to weather the storm by holding Pacquaio every time the threw flurries of punches.

The first few rounds, Broner was able to keep up with Pacquiao much better than I had thought, he displayed quick hands and foot speed and was able to back peddle and move around the right pretty well until he got caught. I think that was the turning point in which he looked like he was just trying to survive from being knocked out.

Pacquiao employed ripping body shots to Broner all night and it was something we were not use to seeing. I’m guessing he is preparing for a possible Mayweather fight, since the body would be exposed when the shoulder roll is being used – a signature Mayweather move.

There were moments in which Pacquiao had opportunities to knock Broner out but according to the post interviews, he backed off since his head trainer Buboy instructed him to be more patience and not take any chances.

Towards the later rounds such as the 7th, Pacquiao lands a straight left hand that nearly floored Broner. Broner immediately goes into defense mode and Pacquiao ransacks the body before going back upstairs and badly hurting Broner.

One thing I can say is Broner does have a chin and was able to take a lot of hard shots which could have put a lot of fighters on their backside.

By the 10th round, Broner was pretty much dancing around and appeared to be in survival mode.

It was a pretty entertaining fight to watch a legend like Pacquiao put his skills on display. Even though Broner hasn’t been the best lately, he was ranked 6th and the gap between both fighters were very obvious there are different levels to this game.

For $75, I thought it was a bit on the high end but there was 2 potential solid under card fights. Badou Jack vs Marcus Browne AND Nordine Oubaali vs Rau’shee Warren. Unfortunately for Badou Jack, he was at a big disadvantage with that cut that left him bloodied and didn’t make for a competitive fight.

Pacquiao controlled the fight as the aggressor with 48% more attempt shots, landing 62 more punches than Broner and Pacquiao dominated with 47 body shots while Broner only had 3 the entire 12 round fight. Pacquiao also outlanded Broner 112-50 punches.

Broner’s Reaction to his Loss to Pacman

Broner’s wild response during his post fight interview was entertaining the least to say as he did not accept his defeat humbly. For some reason, I thought this time around he would demonstrate some class but was I wrong. He believes that the Pacquiao was awarded the decision to setup the Mayweather (who was sitting ringside) rematch. I guess I should have known better by in his past antics and childish reaction that this would be no different. Not giving Pacquiao his credit and thinking he some how won. Even PBC and Twitter Polls had an enormous 96% voters thought Pacquiao had won.

I even was surprised to see Broner in his corner telling his trainer that he won the rounds and how he ran to the corner raising his hand in victory after the final bell ended. One telling story was the reaction to his family, who appeared to be sitting there less enthusiastic and seemingly understood the results did not favored Broner.

While Broner claims he had won the fight, it was obviously delusional. I personally thought the judges were very generous and give him 1-2 more rounds.

Overall, it was entertaining to watch and Jim Gray handled the situation with class. 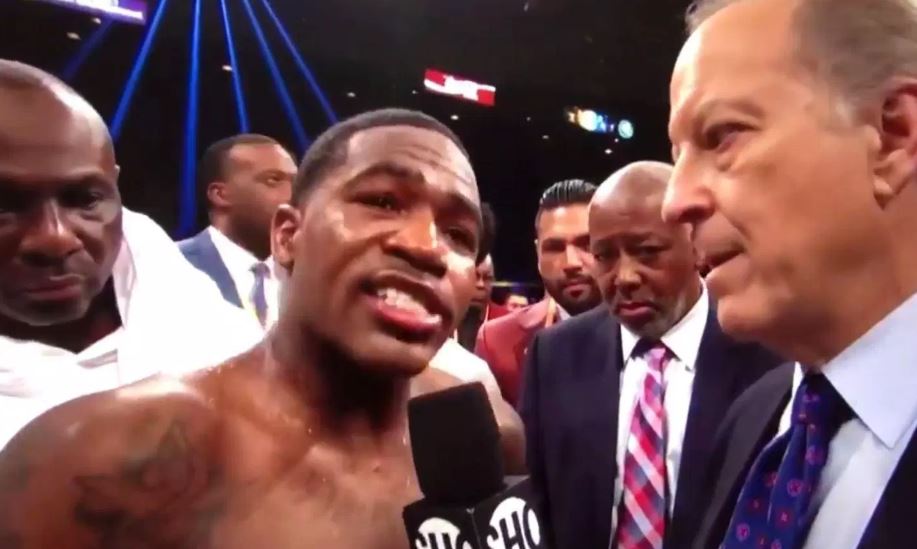 “Everybody out there knows I beat him, I controlled the fight, he was missing, I hit him cleaner more times. I beat him.”

“Let me talk something… I want to thank the whole hood who came out here. I love y’all. I did this for the hood, you know I beat that boy.”

“They trying to get that money again with Pacquiao and Floyd but it’s cool, I ain’t worried about it I’m still that n*****, man. I’m on top Cincinnati stand up, westside. Two-five.”

Showtime interviewer Jim Gray was quickly to point out that Broner landed 8 punches at most per round and as you would expect, Broner snapped back with the following response:

“It already sounds like you were against me so I haven’t got a fair shake talking to you.”

“Well, that wouldn’t mean much.”

What’s Next for Pacquiao?

The big question of the night was if Floyd Mayweather would come out of retirement to face Pacquiao in a rematch. Jim Gray has pressed the question on Floyd twice and he brushed off the question by saying Pacquiao has to get past Broner first and insists he is happy retired. Then after the fight, Jim Gray had cameras on Floyd asking for a nod or some sort of acknowledgement if he would accept Pacquiao’s challenge. As expected, he was unresponsive. I personally think Floyd will now have to go back and rethink about facing Manny again, especially after watching him wipe the floor with Broner so easily. 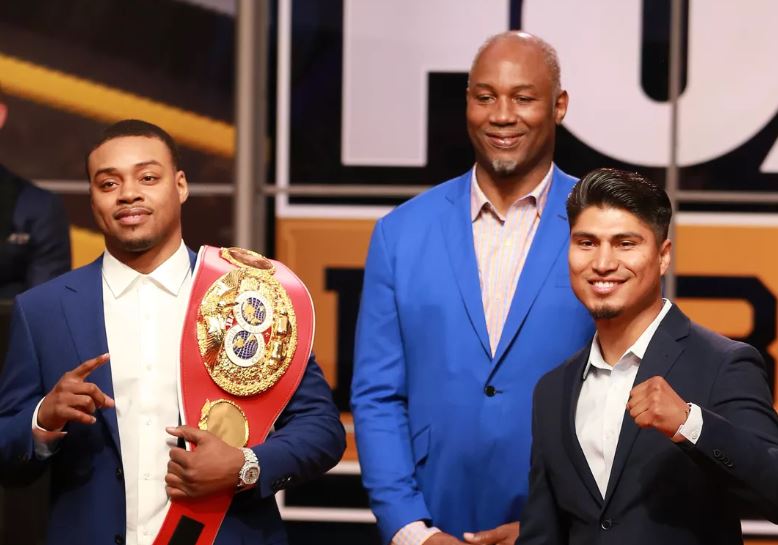 Weeks before the fight, Pacquiao stated on social media that he wanted to face the winner of Mikey Garcia and Errol Spence, March 16th fight. Many believes at this juncture of his career, it may be a mistake. Both are undefeated, young and are big punchers with a lot of boxing abilities.  Pacquiao has openly stated he can beat Errol Spence, who is the much bigger fighter of the three (Pacquiao, and Garcia). Either way, Mikey Garcia was ring side and had the opportunity to watch the fight and studying Pacquiao.

The Welterweight division is packed with talent and Manny will have plenty to choose from. Based on his recent interviews, he believes he can fight another 2-3 years and there will be enough time for almost everyone to face Pacquiao. UNLESS father time catches up to him very soon…we hope he it will not before his last fight and ride off to the sunset on a winning note.

Are Massage Chairs Worth It?