If you’re experiencing issues with your Playstation Blu-Ray drive, I would recommend following these steps to see if it would help resolve the issue before finding replacement, or worse off, abandoning the PS3 completely. Playstation Blu Ray Drive stuck is a common issue once it has some age to it.

The two scenarios that I ran into was:

Before reading further, you can try to holding the EJECT button, so it forces the Blu-Ray disc out or sort of a cold reboot. Secondly, you can try to tilt your Playstation unit by lifting it up a little off the surface and insert or try to eject the disc. If both fails, feel free to review the solution below. 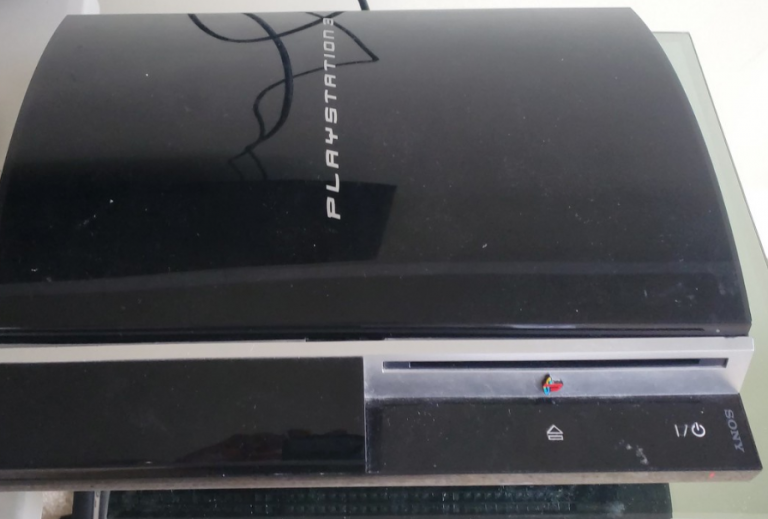 You can do this by sliding the top plate towards hard drive bay and lift it out.

Then you will see what’s pictured below. You’ll need a Torx screwdriver, to remove one of the screw.

Also, please make sure your PS3 is powered off, or disconnect the power cord to be safe. 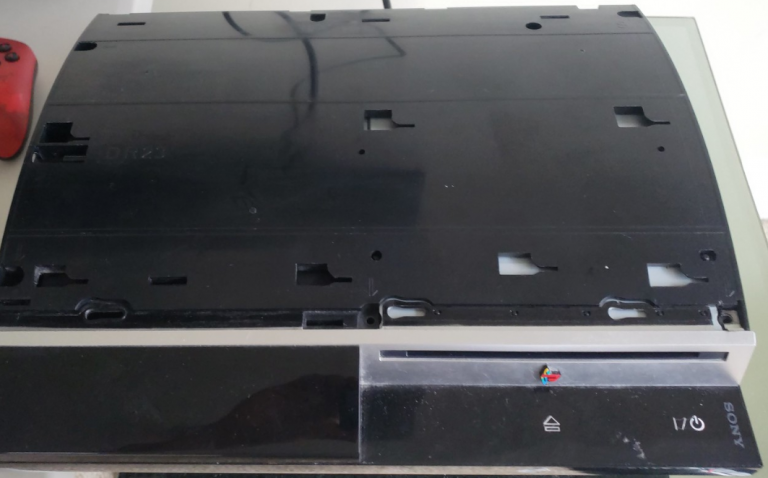 Step 2: Remove the next lid 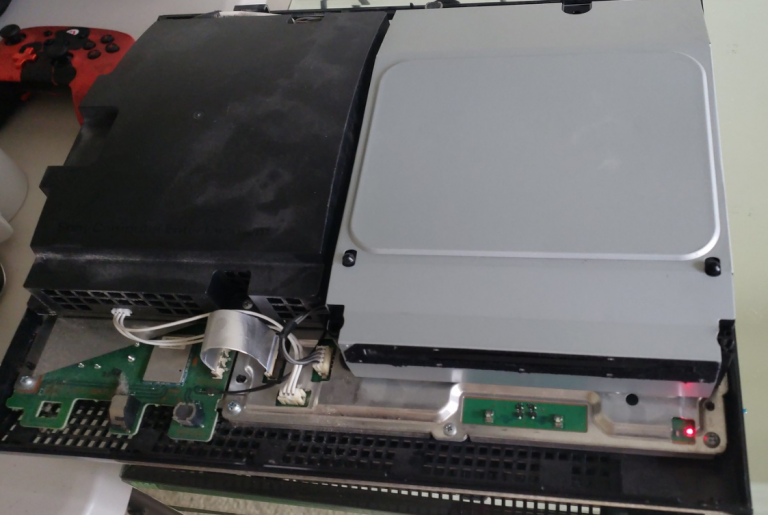 Once the cover from the previous step is removed, you should be able to access the internal parts of the PS3 unit.  There will be screws to remove.

Note: Make sure your power cord is disconnected.

Step 3: Locate the power cable on the left side and the ribbon cable located on the bottom of the Blu-Ray Disc Drive

Next, detach the Blu-Ray Drive ribbon cable on the bottom by opening the black clamp as seen below.

Then push it back into the cable slot and closed the black clamp tightly.

Just as a precaution–  make sure you ground yourself before touching the circuits. Just like how you would when working on any computer motherboard. This would prevent any static that might short your system and then you’ll have a bigger problem. 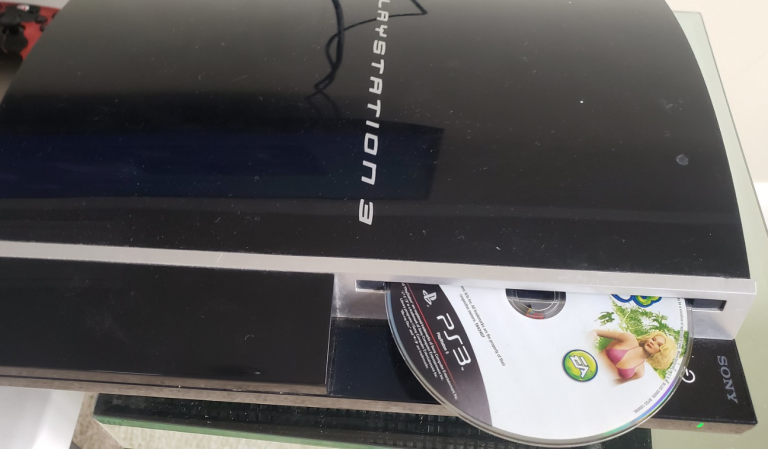 You can run a quick test by placing back the lid so you can press the Blu-Ray Disc Eject button.

It took me about three tries of having to straighten the pins on the ribbon cable before the Blu-Ray Drive was working as expected.

If you did not connect the cables correctly, the power would not turn on or there will be no blue light when you press the Blu-Ray Disc Eject button. 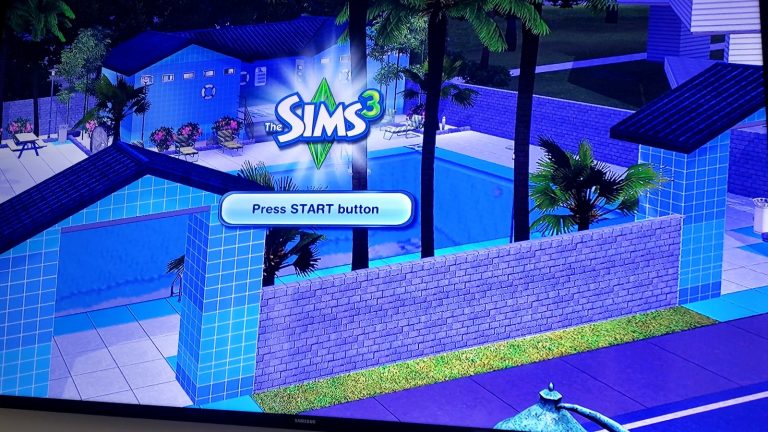 This fix worked for me, obviously, this may not for others. Depending on the situation. Either way, I hope this is helpful. Once I was able to fix the Blu-Ray Disc Drive, it was functioning much better.

The Blu-Ray Disc was not spinning too fast, there was no longer any humming noise and the Blu-Ray Disc ejected very smoothly. All of these were known issues prior to the fix.

Please feel free to leave comments if there are other suggestions or fixes that you’ve found that might be helpful for others!

If you're out of luck, you can either buy a new Blu-Ray Disc, PS3 or upgrade to a PS4!