New switch model and what is it?

If you haven’t heard already, Nintendo has released a new Switch model. The newer Switch model has a few improvements (which you’ll read further down) and we’ll take a closer look at them!

What is Nintendo Switch?

Nintendo Switch (first generation) was released in March 2017, and has made waves in the gaming industry. Nintendo Switch has differentiated itself from its competitors by allowing you to use it as a stationary gaming console or portable device which you can bring with you anywhere. 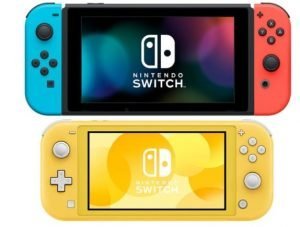 For anyone looking to buy a Nintendo Switch or Nintendo Switch-Lite, it can be confusing. At least for me it was initially. Let’s take a look at how they are different-same.

The Nintendo Switch is a hybrid gaming device which can be either portable or stationary. There are two versions out in the market today, one which was released in 2017 and the latest model which is an upgraded version from the 2017 model.

The Nintendo Switch-Lite, however, is just a portable gaming device. It’s a bit smaller, shorter battery life and about $100 cheaper than the regular Nintendo Switch.

What's the difference between the old & new models of the Nintendo Switch?

The newer Nintendo Switch model will have a much longer battery life. The old model lasted between 2.5 to 6 hours. The new model of Nintendo Switch will last 4.5 to 9 hours. This upgrade will make a difference in your game playing experience.

In the summer of 2019, Nintendo released the new version for the Nintendo Switch to the US, Japan and Europe.

Ways you can tell the old from the new model 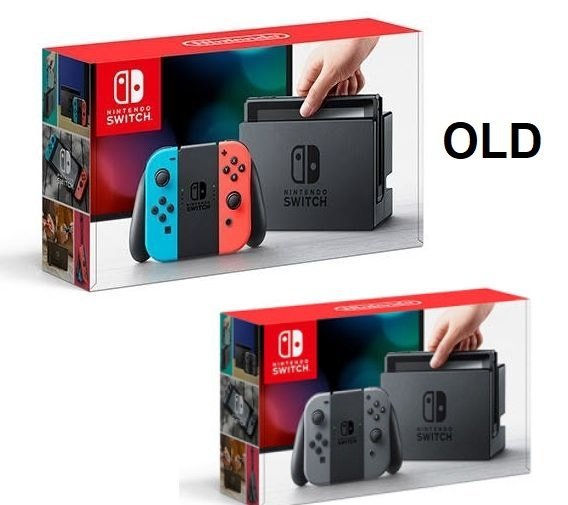 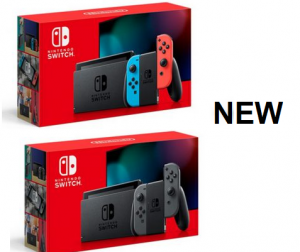 Nintendo had repackaged the newer Nintendo Switch model in an all-red box. Whereas, the older model since 2017, will have the white background as shown above. 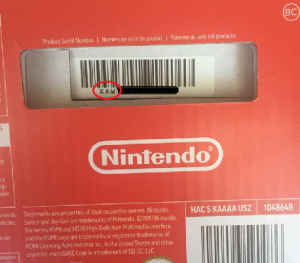 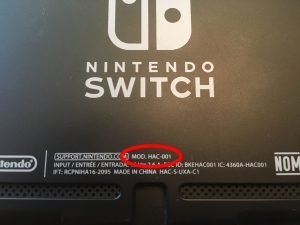 Click on the images below to purchase or check prices

What does this all mean? Well, you can expect Nintendo and retailers alike to start slashing prices for the older Nintendo Switch models. For example, during Black Friday, there were many deals on Nintendo Switch to find out they were all the older models.